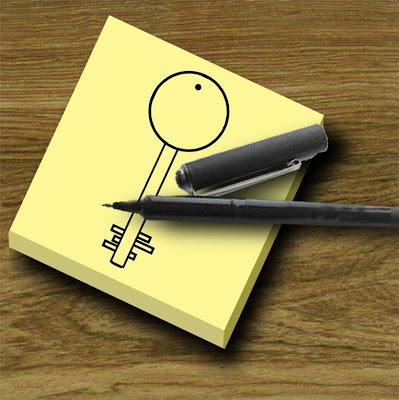 This short story is in response to
RAVEN’S SATURDAY

WORDZZLE CHALLENGE
Click on the above link to join in or read other entries.
How it works: Raven supplies two sets of words (or phrases) to use in a piece of writing. One can choose the ten- or five-word challenge ---or combine both into a fifteen word challenge.

Ten-word challenge:
parasite, meals on wheels, crows, it's my fault, everything but the kitchen sink, on sale, patriotism, the love of my life, library card, common sense

(Words from the challenge are in bold face in the story.)

This is a continuation of previous entries:  STORMY WEATHER Part 1, Part 2, Part 3


STORMY WEATHER Part 4
After the fire department pumped water from Miss Cowpepper’s basement and a crew of volunteers moved her furniture and removed her soaked carpets, several of the volunteers and I scrubbed her floors with disinfectant and cleaned the legs of her furniture. At its high point the water had filled the basement and left an inch of water on her first floor.
Her living and dining rooms held everything but the kitchen sink, old books and magazines, piles of papers and photographs, old lamps, vases, knickknacks, stacks of china plates,  antique guns, framed shredded flags, military photographs. I wasn’t sure if it was all junk that ought to be on sale at a flea market or museum-quality goods. Luckily Miss Cowpepper had been able to move all but the large furniture from the floor before the water rose.
We arranged for someone to pressure-wash the basement the next morning, so I would have to be there to let them in. It seemed that I was the only person who had laid eyes on Miss Cowpepper in more than fifty years. She was a diminutive, elderly and reclusive albino who fled upstairs when the other volunteers arrived.
After they left, I gave her several gallons of bottled water and made sure she had enough food. Miss Cowpepper normally received Meals on Wheels deliveries, but they had been suspended for a few days due to the flood. Her pantry held cereal and several dozen cans of soup. She had milk and cheese in the refrigerator, bread in the bread box, and bananas in a basket beside the sink. She told me her neighbors, the Jennings, delivered groceries each week.
Miss Cowpepper might have been a recluse, but she seemed to have enough common sense to take care of herself and ask for help for the things she couldn’t do.
I was not used to so much physical work. Late in the afternoon, I couldn’t wait to get home for a hot shower.
Parker arrived home a few minutes after I did. We talked a bit about the damage at the homes to which we had been assigned. The Jennings were a little closer to the creek than Miss Cowpepper so they had about 3 inches of water on their first floor.
I described the enormous amount of old stuff at Miss Cowpepper’s home. “There were lots of military memorabilia, swords, Civil War photos. An ancestor must have been in the military,” I concluded.
“Maybe Miss Cowpepper is a military aficionado or simply full of patriotism,” Parker said, steering me toward the bathroom.
Then, the love of my life and I stepped into the hot shower together. We seemed to be doing that a lot lately. I just wanted to scrub off every microbe, parasite, contaminate, bacteria, spore, contagion, infection, or germ that might have crept into Miss Cowpepper’s home with water from the overflowing sewers. I had worn rubber gloves and a mask, but still, I felt like things were crawling on my skin.
After dinner, we grabbed our library cards and strolled the half mile to the local branch to return books that had been due the day of the flood. All fines were forgiven.
As we crawled into bed, I said, “You can’t tell anyone anything that I’ve told you about Miss Cowpepper. The neighbors have been speculating about her for years. She wants to be left alone.”
Then I suddenly remembered 'the key thing,' as Miss Cowpepper had called it, hanging on her wall. I closed my eyes and saw it in my head. I described it to Parker. The top was a round disk with a cylinder about two feet long below that and rod-like things at the bottom.
“I can’t picture it,” said Parker.
“I’ll draw you a sketch,” I said, grabbing a pad of post it notes and a pen from the night stand. “What could it be?”
“Well, in a way, it does look like some kind of key, but what could be that long?"
"It looks almost medieval, doesn’t it, like it might unlock a large iron door to a cell? But still it’s awfully big.”
Parker scrunched up his eyes, like he always did when he thought, emphasizing the crows’ feet that that I loved. “She didn’t say what it was for?”
As Parker turned off his light, I said, “It’s my fault for not asking. I just stood there trying to figure it out. I was about to ask when the firemen arrived and she scooted up the stairs so they wouldn’t see her. But she did say it was the most valuable thing she owned. Isn’t it odd she would have something so valuable hanging on her wall?”
“Mmmmm,” Parker hummed. That was the sign that he was trying to listen but was drifting off to sleep.
As I set my alarm and turned off my light, I thought, “But then no one is ever in her home to see anything, valuable or not.”

Fascinating, in every sense of the word :) So glad to have found this blog, thank you :)

I can just hear the music. Dah-dah-dah....Can't wait for the next installment!

s on. You write so well you have me sitting here wondering what the object could be. Your words create an image but I can't begin to guess.
I can hardly wait for the next episode.

Mrs Cowpepper is a very interesting character. I need to know more.

We don't know what they strange thing is but we are pretty sure you can't eat it. Not much to eat in your story.
But a great use of very hard words.

I'm enjoying your story. It amazes me how smoothly those of you who write these wonderful serial stories manage to weave the words in so seamlessly. I'm dying to find out more about Mrs. Cowpepper and the "key thing." Great writing.

Great story. Welcome to the wonderful world of Wordzzle.

You have such an easy and natural rhythm to your writing.
I too am fascinated with Mrs. Cowpepper. But am happy to wait until she is ready to be seen.
That is one of the luxuries of living alone. You don't have to hide anything from anyone...except yourself.

It's a very interesting story, with a bit of a mystery. I hope we hear some more about the key thing.