SEX WITH THE QUEEN - Book Review 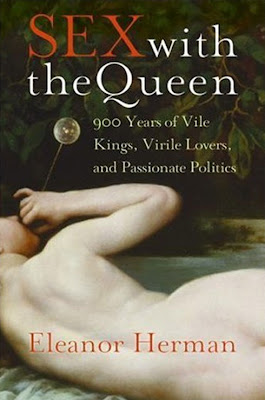 SEX WITH THE QUEEN:

by Eleanor Herman
Two decades ago while I did graduate work in journalism, I was required to complete a course in journalistic law. It would be a vast understatement to say the text was dry. I frequently dozed off after 15 minutes of reading.
Yet, the boring textbook became fascinating reading when I arrived at the chapters dealing with obscenity. (One particularly amusing legal case was about a state's obscenity law that was so explicit that publishing the text of the law would have broken the law.)
Obscenity has been defined as something that appeals to prurient interests with little or no redeeming social value. I suppose I had prurient interests of which I was formerly unaware.

* * * * * * * * * *
Eleanor Herman's non-fiction book, Sex With the Queen covers roughly 900 years of sexual escapades and adultery by queens and princesses. I had always known that kings had many adulterous liaisons, but I had assumed that queens had little opportunity to be anything but chaste.
Although many ordinary people envied royalty's beautiful attire, rich surroundings and fabulous jewels, the fact is that queens had little freedom and led lonely, boring lives. They lived in foreign countries, far from their native languages and customs, and in most cases never saw family and friends for the rest of their lives. Servants did their work and took care of their children, leaving the queens to do little but embroider all day.
In order to avoid inbreeding and create international liaisons, princes and princesses where betrothed to royalty from other countries, often sight unseen. In some cases, the kings or princes were fat, ugly, uncouth, unfaithful, insane, gay, cold, or even impotent. Frustrated women turned to other men for affection with varying results. Some queens were beheaded, imprisoned, exiled, or sent to convents, and some were tolerated and a few queens even thrived despite their illicit behaviors. Many of the stories are quite funny, like the unfortunate woman who married an impotent king who was so fat that he had his servants roll him through his palace's corridors and insisted that priests say mass in his bedroom but were not allowed to awaken him. Many stories had tragic endings. But whatever the outcomes, the queens' stories made fascinating reading.
The first two chapters of this book give examples of so many kings and queens, some of whom I had never heard of, that my head was spinning. But starting with chapter three, Herman goes into depth about the love affairs of the wives of Henry VIII, Catherine the Great, and many others, up to and including Princess Diana of England who was so desperate for love that her life was vastly more pathetic than I ever imagined.
If your prurient interests may be aroused by the funny, sad, uplifting and tragic tales of historical women who desperately sought love despite potential consequences, I highly recommend this well-researched and very readable book.
Other books by Eleanor Herman:
Mistress of the Vatican, also an excellent read, about Olimpia, the woman ---way ahead of her time ---who ran the Vatican while her indecisive brother-in-law was pope during the mid 1600s

Sex With Kings, which will be the next book I will read by this author 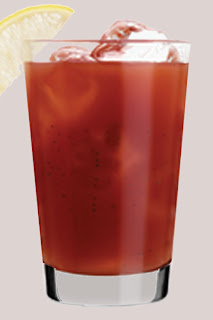 This post is in response to
FRIDAY FLASH 55
The idea is to write a story in exactly 55 words.
Click on the yellow link above to join the fun or read others’ stories.

He grilled salmon.
She cooked beans.
He set the table.
She prepared a salad.
He poured the vodka.
She mixed tomato juice, Worchestershire, lemon and tobasco.
They clinked glasses and sipped their Saturday-night Bloody Mary.
While she drank the juice mixture, he consumed the shot of vodka.
It was the secret to their happy marriage. 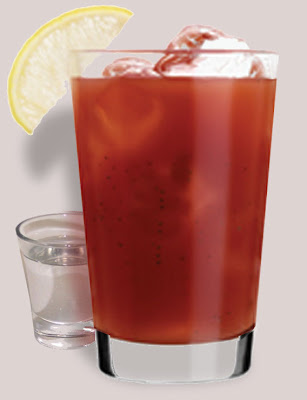