AN INAPPROPRIATE TIME TO LAUGH 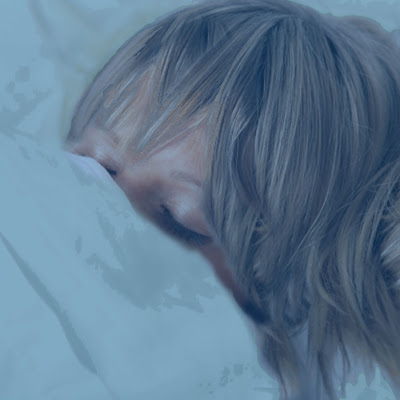 In response to the writing prompt, "an inappropriate time to laugh" on Mama’s Losin it blog:
I was about twelve.  My mother forced me out of bed.
In my semi-conscious state, I had just enough time to dress for church, but not enough time to eat.  After Sunday School, my friend Susan and I headed for the church balcony, so we didn’t have to sit with our parents.  The sermon was boring, as usual, and it seemed to drag on forever.
Then my stomach started to growl.
And it was loud.
Susan started to giggle.  Then I did, too.  Then it growled again, even louder.  Pretty soon, we  were holding our sides, trying not to laugh, but we just couldn’t stop.  Every few minutes, we would calm down, and then my stomach would start up again. Tears rolled down our red cheeks as we tried to hold back our laughter.
My mother, who was on the main floor but within our sight, looked up to see what was going on. I got a good tongue-lashing afterward.
I have always thought church should be filled with more laughter and less solemnity.  If it had been, I might still be dragging myself out of bed on Sunday mornings.  Now, I prefer to attend the Sanctuary of Slumber.
Posted by CJ at 8:34 PM 4 comments:

I just returned from a great trip to Brazil (August 7-31, 2011.) One of the highlights of my trip was the Parque das Aves (Bird Park) which is just a few minutes walking distance from the entrance to the Iguaçu National Park where I had just viewed the magnificent Iguaçu Falls. I will be posting photos from my trip as time permits, so please come back to see photos from other locations in Brazil.

Click on the arrow below to view the slide show.


Bird Park, Foz do Iguaçu, Brazil Slideshow: Carol’s trip from Pittsburgh, Pennsylvania, United States to Foz do Iguaçu (near Foz de Iguacu), State of Parana, Brazil was created by TripAdvisor. See another Foz de Iguacu slideshow. Create your own stunning slideshow with our free photo slideshow maker.
Click on the full-screen icon for the best view.
Posted by CJ at 5:43 AM 1 comment:

In response to the writing prompt, about Rules for Airline Etiquette on Mama’s Losin it blog:
(I was too late with my post to be included on the list on Mama Kat's blog, but wanted to post this here, anyway.  Better late than never.)


I don't fly often, but I just returned from a month-long trip to Brazil in which I took 12 separate flights. Except for the final 2 flights on my return trip, every flight took off and landed late. (Sometimes due to fog or other weather, other times due to the plane being late from another location.)

Now, this was the perfect set-up for someone to drink too much in the airport bar, or become angry or worried that they would miss a connecting flight. Being on a cramped plane for long flights is not conducive to pleasant behavior, either. Of course, I couldn't see or hear everything/everyone, but to my knowledge, everyone behaved well. (Of course Brazilians are a patient bunch because everything runs late in Brazil.)

All but one flight attendant was great. (There were probably 36-40 of them on my 12 flights.) I know it is a tough job ---being nice to someone who is less than polite is difficult. They are trying to please, and some people simply can't be pleased.

My only complaint both on the planes and at airports is that the P.A. systems are so garbled ---and that, along with the noise of the plane ---meant that I could understand neither the Portuguese nor the English announcements. I speak Portuguese, but not like a native. And the English was generally spoken with a thick accent.

Such announcements should be spoken VERY SLOWLY and distinctly. On international flights, announcements could be posted on the TV screens throughout the cabins. Or they could be pre-recorded by someone with a very clear speaking voice.

Now, to the one flight-attendant exception. When my flight landed in the U.S. on my way home, it was announced that anyone going on to Canada, Asia or Europe would have to retrieve checked luggage ---it wouldn't automatically go to the next destination. I was going to another U.S. destination, so I thought that didn't apply to me. Then they made the announcement again and I thought they said "everyone" had to retrieve their luggage ---but it was garbled and I wasn't sure. Politely, I asked one flight attendant for clarification. She got testy and told me to pay attention to the announcements ---then, instead of answering my question, told me to ask another employee. (Maybe she didn't hear it either.)

On the other hand, when I was waiting for the bathroom on my overnight flight to Brazil, I had a conversation with flight attendant Alex about my upcoming trip (returning to Brazil after living there 42 years ago, to visit old friends and former students ---and then going on to destinations I had missed while living there.) Alex is a Brazilian, now living in the U.S. When I entered the plane on my way home, Alex was working that flight, and not only remembered me, but also wanted to hear about my trip. I was impressed. She must deal with thousands of people each month ---but she even remembered my name.

Thank you to all flight attendants for all you do to make flights as painless as possible under difficult conditions.

Now for my rules of airline etiquette:

1. Don't drink before your flight. Sloppy drunk passengers are, at best, annoying and, at worst, dangerous.

2. Greet flight staff as you enter the plane.

3. At least say hello, smile or nod to the person next to you, even if you prefer not to carry on a conversation.

4. If you prefer not to talk, take a book, paperwork, earphones, or blindfold with you to give others a signal you want to read, work, listen to your iPod, or sleep.

5. Understand that delays are not always avoidable. Remain calm; nothing you do or say will make the flight go faster. The airline will help you make a connection.

6. Help others to place or retrieve carryon luggage, especially if they are elderly or short.

7. Be nice to attendants. They are doing the best they can in tight quarters. Your pleasant attitude can make their day.

8. On overnight flights, turn off your personal reading light once everyone settles down. Take an audio book on an iPod in case you cannot sleep. At least you won't disturb others.

9. If you are in the aisle seat, let others know they can disturb you if they have to take a restroom break.

10. If you need to take many bathroom breaks yourself, request an aisle seat or offer to change seats with the person on the aisle.

11. If you see that family members are separated, offer to change seats so they can be together. (This will also prevent family members from crawling over you, shouting across an aisle, passing things over you, or otherwise disturbing you.)

12. Thank the flight crew when they do anything for you and especially when you leave the plane.