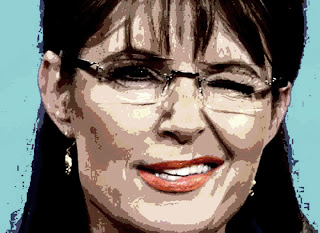 This short story is in response to
RAVEN’S SATURDAY
WORDZZLE CHALLENGE
Click on the above link to join in or read other entries.
How it works: Raven supplies two sets of words (or phrases) to use in a piece of writing. One can choose the ten- or five-word challenge ---or combine both into a fifteen word mega-challenge.
Mega Challenge: sober, spoilage, knight, laugh and the world laughs with you, peak, blueberries, owl, drugstore, lampshade, keyboard, economy, Michael Jackson, ladder, clue, structure
(Words from the challenge are in bold face in the story.)
Rachel had been pulling weeds around the flowers near the low fence between her property and the neighbors’. She hadn’t seen her annoying neighbor all day, so she thought she was safe. Suddenly, sandaled feet were only inches from the weed she was pulling.
“Did you hear?” her neighbor asked. Mimi looked a little dazed. She wore a filthy shirt that looked like she had smeared blueberries all over it. Rachel wondered if she were sober. Maybe the shirt was stained with wine. Mimi was always an odd duck, but she'd never seen her like this before.
Rachel imagined Mimi at a party. She would be the sloppy drunk brooding by herself in a corner, while her husband John would be wearing a lampshade and dancing the Macarena.
“Hear what? Rachel asked.
“Sarah resigned.”
“Who?”
“Sarah Palin. Did you hear?” she asked.
“You betcha,” Rachel answered. She couldn’t help herself.
“I just love her. What do you like best about her?”
“She thinks she's a maverick,” Rachel said, emphasizing the word 'thinks.'
Mimi missed Rachel’s sarcasm.
“And Michael Jackson. I still can’t believe he’s dead. I just know his career was going to peak again. Don’t you love his music?”
“Can’t 'Beat It.'” Rachel never listened to pop music, so until a few weeks earlier, she had no clue what songs Jackson had made famous. But with the 24/7 news coverage, she could hardly miss hearing a few of the titles. Didn’t the national news have more pressing issues to report, like maybe the miserable economy, Rachel asked herself.
“Which is your favorite song?” Mimi asked.
“'I’m Bad,'” Rachel said, adding after a pause “at remembering song titles.”
“I asked John to buy me an organ, you know, one of those ones that the keyboard plays itself so I can play Michael’s music all day.”
Rachel decided not to ask why she wanted to do that rather than buy CDs.
Mimi, still looking dazed, sprinkled some spoilage from her kitchen around her tomato plants, over-ripe banana slices and potato peels. Then she climbed a short ladder to adjust the owl sculpture on top of her trellis. Rachel had always assumed it was to scare birds from her garden, yet Mimi had recently added fifteen bird feeders to her eclectic assortment of yard decor. The trellis’ structure wasn’t very sturdy. Rachel thought it was going to topple over, but it just swayed back and forth a few times before settling.
Mimi was swaying a little herself. She moved unsteadily around the yard, between her windmill, plastic flamingos, rusty sculpture that looked like a knight in not-so-shiny armor, and cut outs that resembled the couple in “American Gothic.” She moved two of her gnomes from behind orange marigolds. When she looked up, she seemed surprised to find Rachel still weeding.
“I don’t like that weirdo that replaced Jay Leno,” Mimi said. “When do you think they’ll get rid of him, that Brian O'Connor guy?”
“In the year 3000,” Rachel answered. She knew she was being bitchy, but she was in that kind of mood.
“What do you think of our commie president? I heard he wants to eliminate pennies. Do you think that’s true?””
Rachel had to think for a few seconds tbefore answering, “That’s a change we can believe in.” She’d heard the treasury department had suggested that move years ago, but hadn't heard anything lately.
“Do you think we can impeach him?”
“Yes we can,” Rachel answered, trying not to go for Mimi’s jugular. Hadn’t Mimi seen her Obama ‘08 bumper sticker last year? No one could miss Mimi’s Bush/Cheney 2000 and 2004 stickers, still on the back of her gas guzzler.
“Do you know anyone who didn’t like McCain?” she asked.
“My friends, “ Rachel answered.
“Oh! Really?” Mimi responded. “And what about Farrah and Ed McMahon dying at the same time, too?” She shook her head.
Rachel saw Mimi’s husband’s pickup approaching the driveway, right on cue.
Rachel rose from her knees. “Here’s Johnny,” she said. “See ya’.”
She wanted to run to the drugstore for some extra-strength headache relief before Mimi could ask more questions.
Rachel had been waiting for Mimi to get one of her witty remarks, but she knew it wasn’t going to happen in this lifetime. She guessed that old saying ‘laugh and the world laughs with you’ applied only when one’s audience got your jokes.

Is it element pennies on purpose or should it be eliminate?

OMG you made Mimi so real I just wanted to slap her! LOL

Wow! The words and so many other things all poured together. I just loved it.I can really see two neighbors like that.

Loved it! I sure do hope Sarah Palin will fade from the scene, but I fear not. We live in a strange world. Great wordzzle.

Reston Friends
Thanks for pointing out the error. The problem with spell check is that it doesn't tell you when you use a real word, but just in the wrong place. I corrected it. Sometimes I find errors in what I wrote months ago. I should have my husband proofread for me, but he already complains I spend to much time blogging, so he will think he is just encouraging me.

You don't get to pick your neighbors. Wonderful contrast of characters and loved the way you let us in on the jokes.

I enjoyed reading your story about the odd neighbor who didn't get what was really being said. It seemed very real. As a song by Simon and Garfunkel says, "People see what they want to see and disregard the rest."

This was so fun to read! I love Rachel ... how terrible that she has to put up with Mimi!