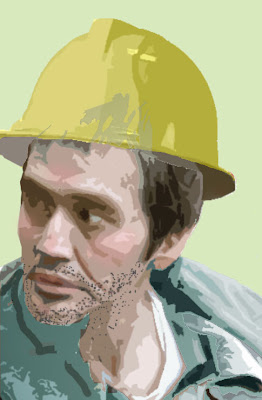 This short story is in response to
RAVEN’S SATURDAY
WORDZZLE CHALLENGE
Click on the above link to join in or read other entries.
How it works: Raven supplies two sets of words (or phrases) to use in a piece of writing. One can choose the ten- or five-word challenge ---or combine both into a fifteen word mega-challenge.

Matty ran into her apartment and slammed the door. Fumbling with five locks, she tried to quell her blind panic for she was sure that someone had followed her because she was keeping secrets.
Her walls and windows were covered with aluminum foil to keep the legal system from listening to her thoughts when she was at home, but every time she left the apartment, she knew they were tapping into her brain.
She threw the cat food she had purchased on the dinette table. Quickly, Matty ran to her calendar. She saw that the moon was in its first quarter. She would have to keep up her guard until Septemeber 4th. From the moon's first quarter until it was full, scientists bounced microwaves off the lunar surface and then she was at her most vulnerable. That was when they made her do things she didn’t want to do.
The previous year, they disordered her brain to make her write Rush Limbaugh’s name on her presidential ballot. She had wanted to write in Sylvia Browne for president. The election was held the day before the first quarter moon at a time when she was helpless against their brainwashing. Although the news media didn't report it, she was sure Sylvia had lost the election to Obama by only one vote ---hers.
After September 4th, she could play it free and easy for twelve days before she would be vulnerable again.
It had started in public school. Her classmates read her thoughts. They claimed they didn’t, but she knew better. By her senior year, none of the other students even talked to her. At first Matty’s mother told her it was because the snobs in her class disliked her for not wearing the latest fashions. Matty wore white all the time to reflect radio waves. Matty knew that wasn’t the reason they didn’t talk to her. They read her thoughts and knew she hated them for it.
Several years later, her mother tried to have Matty committed, but as an adult, Matty couldn’t be detained against her will for more than three days unless she was dangerous to herself or others. But when they had to release her, government agents had stepped up their surveillance. She knew when they were reading her thoughts because her left ear itched as if fleas were in it. Anytime someone on TV used a cell phone, she knew they were trying to communicate with her brain. All those people on the streets pretending to use cell phones were doing the same.
Even her cat had been reading her mind until she made little aluminum hats for him, with slits for his ears and elastic straps for under his chin. She made several for him every day, because he always clawed them off his head. But she knew as long as he didn’t leave her apartment, he couldn’t tell the agents what she was thinking.
Except for her trips outside for essentials, Matty stayed home and watched old movies, soap operas, and talk shows. Sometimes they were boring, but they usually kept her mind off what the government was doing with her thoughts. She was lonely, but no one understood what she was going through. She knew there were others persecuted as she was, but until she found them, it was better to be alone.
Fifteen minutes after she had locked her apartment door, she heard a knock. She was sure they had come for her. Matty collected welfare, which meant they knew where she lived.
When she looked through the peep hole in the door, a scruffy-looking man stood there looking left and right as if expecting someone to creep up on him. He wore a construction helmet and a silver shirt. She knew it wasn’t an FBI agent. On TV, they were clean-shaven and wore trench coats.
“Who is it? What do you want?” Matty asked.
“I’m Clem, your new neighbor across the hall. I just did some Cajun cooking and made a pitcher of sangria. Do you want to join me?”
Matty unlocked her door and opened it. She intended to thank the man but refuse his invitation. He looked a bit puzzled when he saw her cat with his silver cap rubbing Matty's leg. Then he stood perfectly still staring past Matty at her aluminum-covered walls.
Matty thought she had made a mistake. The man was probably an undercover agent. Her palms began to sweat.
Clem smiled and said, “Hey, cool. I haven’t finished putting up my foil yet. I moved here from uptown because they found out where I lived and were scrambling my brain waves. I might have to wait until I get my next paycheck to buy enough to cover everything. Meanwhile, I hope my helmet holds them off. I lined the inside with foil.”
With a sigh of relief, Matty said, “I have a dozen rolls of foil ---the extra-wide kind ---and some duct tape. I can help you.”
“Gee, thanks. That would be great. Hey, I have another helmet if you want it,” Clem said.
She smiled and said, “I’d like that.”
At last, thought Matty, she had found her soul mate.

I think Matty was one of my clients when I was doing some public interest law. Unlike the ones I rep'd, Matty seems to have had a temporary happy ending!

I just marvel at your creativity. You turned those words into a fantastic story and one with and ending I never saw coming.

Wow! Excellent story and excellent use of the words.

We checked with our friends at the CIA and the aluminum foil no longer protects people from their new mind readers.
You created a great character and we dragons applaud you.

I love pieces like this: where you get right inside the head of the person whose story is being told (aluminium foil notwithstanding :-) ). This piece had me gripped all the way through. And, as to the little helmet for the cat, priceless!

Oh, great fun! I enjoyed that thoroughly - I was just thinking how sad her life was and then she makes a friend!

Have a great week!

I liked your story. I'm glad she found someone she can identify with. Maybe things will be better for her after this. At least she won't be all alone.