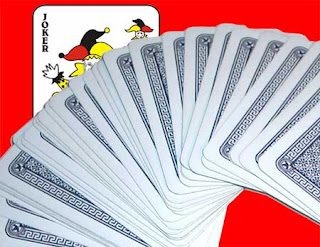 In response to a writing prompt on Mama’s Losin’ It:
Tell about a time you stole something.
I taught art in public schools for more than thirty years. The classrooms were arranged on two long, narrow floors of the junior high building. The women’s faculty room was on the first floor at one end of the building while my classroom was on the second floor at the opposite end. I rarely visited the women’s faculty room.
However, the men’s faculty room was a short distance from my classroom on the second floor. If I wanted a soft drink, I went there rather than hike to the women’s lounge. I always knocked first. I didn’t want to walk in on someone changing into coaching sweats.
One Friday in September (sometime in the 70's) my first husband needed my car, so I rode to work with another teacher and David was supposed to pick me up at 5:30. On Fridays, the place cleared out right after the students left at 3:15. However, I always had things I could do, so I stayed in my room preparing lessons and mixing paints for the next week. I wore a lab coat with huge pockets over my dress.
It was a hot day. Before my husband arrived, I sauntered to the men’s faculty room to use the soda machine. Even though I was sure everyone was gone, I knocked. There was no answer so I entered. I noticed that there were about five decks of cards scattered on the work table. For about two years, the guys had been playing a continuous game of Hearts. They played before school, at lunch time, and after school. They talked about it constantly and there were ongoing rivalries among the card players. 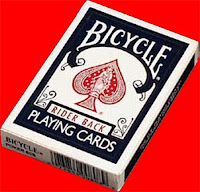 On a whim, I slipped all of the cards into my large pockets and moseyed nonchalantly back to my classroom sipping my can of soda. I saw no one, not even the evening cleaning crew. In my room, I quickly placed the cards in a box on the bottom shelf at the far corner of my supply closet. There were storage closets in each art room, so there was no reason for the other two art teachers to be in mine.
On Monday morning before students arrived, there was quite a bit of excitement over coffee in the cafeteria. Everyone was asking, “Who took the cards?” The men were beside themselves, as if they had withdrawal symptoms because they couldn’t play Hearts that day. They were accusing each other and speculating on the culprit. The guys played lots of practical jokes on each other, so there were many possibilities.

No one even looked my way. I was laughing inside, but I could keep a straight face when I needed to.
Finally, the men decided that someone I shall call Dick had taken the cards. Dick was an ornery English teacher who said whatever came to his mind without thinking, insulting one and all. He complained constantly about the card games. He picked arguments over everything.
Dick was married, but flirted inappropriately with female faculty and students. Today he would be slapped with a sexual harassment suit, but no one thought of doing that back then. He also thought he was the world’s gift to women, always wearing several buttons of his shirt open to display his manly chest hair. He actually made most of the female staff want to barf. I expect most of his students felt the same.
Dick’s being accused was an unexpected, yet welcome consequence, because Dick was probably the only faculty member I disliked, as did nearly everyone else.

The next day, of course, there were more cards in the faculty room, but the guys either took them with them or locked them up each day. But after a few weeks, they got careless, and on one of my late afternoon stays, a few more decks of cards mysteriously disappeared again.
This went on for an entire school year. Every few weeks, I would steal more cards and store them in my hiding place. Dick was blamed every time and every time he proclaimed his innocence to deaf ears. I knew Dick was being unfairly blamed, but he deserved everyone's wrath for all of the insensitive things he did do but had never been called on. I didn't feel even one iota of guilt over the false accusations.

The night before the last day of school in June, I knew I would be staying late at work because grades were due the next day. After I completed my grades, I stayed to store supplies for the summer and file papers for the next school year. When I was sure everyone else had left, I carried my heavy box to the faculty room. I dumped at least fifty decks of cards onto the work table, and mixed them up so that it would take some effort to get them back into individual decks.
The next day, Dick was blamed again.

Although it was the best practical joke I ever pulled, for over 25 years I told no one what I had done.
At my retirement luncheon, I finally confessed all. It was difficult to convince several of the men that Dick (who had moved to a different job years before) hadn’t been the real culprit after all.
One guy came up to me, gave me a huge good-bye hug, and said, “Damn, woman. You really know how to keep a secret.” I took that as a compliment. 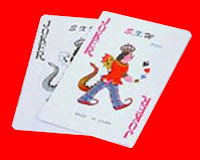 I can't believe you held that secret for all those years. Wow!

This is hilarious! I love it! I could not have kept that a secret for as long as you did! I would have blabbed after the first accusation! Too funny!

That was funny! I enjoyed every minute of your story. Well done.

That was a great joke. Wow.

I bet it felt good to get that off your chest! You really CAN keep a secret!

Yes, I recited that one in grade school. It is Sarah Cynthia Silvia Stout would not take the garbage out. That was a fun one. I read that to my boys occasionally when they litter in the house (as if the floor was their personal garbage can).

Hahahaha! My favorite part was "He also thought he was the world’s gift to women, always wearing several buttons of his shirt open to display his manly chest hair. He actually made most of the female staff want to barf." Its incidental that I almost barfed in my mouth upon reading that.

Wow! You sneaky little thing, you sure DO know how to keep a secret. That's too funny...you were probably the last person they suspected!!

Thanks everyone fore all the great comments. I have been super busy this week, but I will eventually get around to reading your responses to Mama Kat's writing prompt.

Note: Suzi's comment was in response to a comment I left on her blog about Shel Silverstein. I just remembered the part about not taking the garbage out and she kindly reminded me of the girl's name in the poem. Thanks, Suzi