As I explained in Part One of TONE DEAF: Piano Lessons, after being forced to take music lessons from age 5 to 17 ---which I hated ---I am most certainly not a musician.
I’m not much interested in music at all. When I listen to the radio, I listen to news on NPR. While driving I prefer listening to audio books. When my husband and I watch a movie, afterward he often comments on the music. I usually have nothing to say about it, because I haven’t even noticed it unless it was terribly loud and obnoxious, or unless the film was about music, such as recent films about Ray Charles or Edith Piaf.
I wouldn’t want to live in a world without music. I like many kinds of music, but it isn’t a big part of my life.

However, a few months ago, I decided to start a playlist on the internet. I spent a week listening to song excerpts, choosing 150 pieces that would play from number 1 to 150 and then start over. I chose my favorite artists and songs and found a few new ones. I purposely mixed the music selections so I would hear rock followed by bossa nova followed by a ballad, maybe an older song followed by a newer one. For an artist I particularly liked, I spread his/her music throughout the list so I wouldn’t hear two songs from one artist back to back. Despite hating to practice classical pieces on the piano as a child, I even chose some classical works to interperse with popular tunes.
I listened to my playlist for four days while working on digital art work or surfing the web. And then, one day I was hit with the ultimate case of “Candy Man Syndrome.”

A few years ago, NPR did a piece about why we get a tune stuck in our heads and can’t seem to rid ourselves of it. Throughout the in-depth piece, the Candy Man song played in the background. NPR received a ton of letters from listeners complaining they couldn’t get that insipid song out of their heads, thus the phenomena was dubbed the “Candy Man Syndrome.”

When I was in college, one of the guys I dated was a music major. Each spring, he and his friends were involved in an annual musical performance, he in the orchestra and the others as singers. Rehearsals started near the end of January and continued through several weeks of performances in April. Twenty years later, I ran into one of those guys and mentioned the spring musicals. 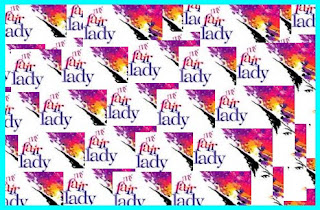 He cringed. Through clenched teeth, he said, “If I ever have to listen to even one song from 'My Fair Lady' or 'The Music Man," ever, I will kill someone.”
“But you’re a music teacher. Don’t you listen to the students practicing over and over for performances?” I asked.
“I don’t listen,” he replied.
I wonder how someone can star in a musical on Broadway, six performances a week, for months or even years. It must be torturous.

Once the “Candy Man Syndrome” kicked in for me after only four days, I couldn’t get the music from my playlist out of my head. It seemed like some sort of obsessive-compulsive behavior. I had a headache and it was difficult to concentrate on anything except those songs on the continuous loop in my head. After a few days, they waned a bit, but it took nearly a week for the syndrome to let go of me, and even now, as I write this, I am fighting the urge to think about those songs, afraid the syndrome will return.
I haven’t been back to my playlist since the day the Candy Man came to visit.
In high school, when I listened to popular music on the radio, I would fall in love with a new song. But, the radio station played each popular song so often that it took only a few days for me to hate the tune I loved only a few days earlier.

I’ve heard of a psychological disorder in which an individual is compelled to repeat a word, phrase or movement over and over. Perhaps I should claim the discovery of a new psychological ailment called Audio Repetition Avoidance Disorder, for those, like me, who can’t stand hearing the same music again and again. 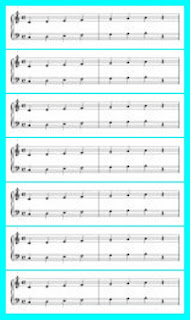 Perhaps that explains my extreme hatred of piano lessons. Is it possible that it wasn’t the playing of the piano that was the problem, nor the music I was expected to learn, but having to practice the same tune until I learned to play it well? Like listening to my play list, the repetition of practice may have caused me to became physically sick of the music.

Or, maybe, I just didn’t inherit the music gene from my father. 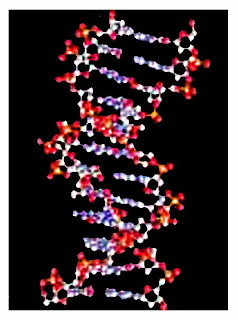 That being said, why have I almost always dated and/or married musicians or people who are extremely interested in music? I will explore that psychological disorder in a future post, TONE DEAF: Part Three