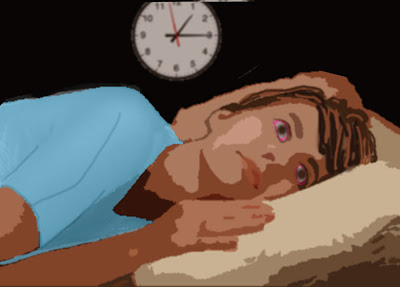 This post is in response
to a writing prompt at
Mama's Losin' It.
Prompt: "HOW DO YOU STAVE OFF BOREDOM?"
Click on the link to join in or view other responses.

Bored? What makes you assume I have a problem with boredom.
I had to think for a long time to remember the last time I was bored. I’ll tell you about that later.
I'm rarely bored because nearly everything interests me. I like to watch people. I love nature. I can watch clouds change as they roll across the sky for hours. I could probably watch grass grow without being bored.
But, that being said, I do things to keep myself from being bored, without really thinking about it much.
I am in information junkie. I almost always have a book or magazine with me, and sometimes a crossword puzzle. I carry a small notebook. I can doodle, make a shopping list or think out a problem on paper.
As an artist, I am very visual. I carry my camera with me most of the time. I search for photo opportunties for art ideas and for the dozens of photo memes out there. So I am busy looking, watching, seeing everything around me. For example, I sometimes contribute to the Shadow Shot Sunday meme. Now I see shadows everywhere, whereas formerly they were almost invisible to me.
I have an imaginative inner life, so anytime I have to wait, I write a story or a blog post in my head. I can imagine I am somewhere else and imagine the details of that time and place. As a former teacher, I imagine teaching imaginary lessons to imaginary students.
If I am doing mundane tasks, like driving, pulling weeds, or doing laundry, I listen to audio books borrowed from the library. Or, I can make a game out of anything ----searching for a certain number on a license plate, counting the number of green things going into the washing machine, anything to avoid boredom.
I am pretty-much able to fall asleep almost anywhere, and since I often don’t get enough sleep, I’m normally tired enough to take a nap. I can sleep on an airplane, bus, or in the car (as long as I’m not driving.) Tuesday, I dozed in the waiting room of the eye doctor while my mother was being examined. One cannot be bored while sleeping.
When I finally remembered the last time I was bored, I had to go back about four years. A medical problem arose on a Saturday. My doctor told me to go to the emergency room immediately. That was probably about 9:00 am.
After poking, proding me and delivering me to various departments for all manner of tests, twelve hours later the hospital staff decided to admit me. I had grabbed just my wallet with my ID and health care cards. I had no reading materials with me. I had dozed on and off all day. Also, at the time, I had been working nights, so my usual time to be wide awake was overnight. So there, I was in the hospital room, wide awake with nothing to do. There was a TV connected to cable. (At home, we have chosen not to have cable.) I expected with 30 or 40 channels, I could find something to watch. But early am on Sunday, station after station aired infomercials. So besides being in pain and worried, I suffered from a very rare case of utter boredom. Normally when I can’t sleep it is because my mind is racing with interesting ideas, but not that time.
I tried some of my usual tricks. I wrote, in my head, about my trip to the hospital, but even that bored me. The clock on the wall seemed to be ticking off seconds instead of minutes. I thought morning would never come. I broke the boredom only once, when I threw up all over myself and the floor, causing a flurry of nurse and cleaning-staff activity.
While I dozed most of the day, my husband, who is much more restless than I am, would have been far more bored than I became later that night. Between medical tests, I insisted he drive home to take care of the pets and get something to eat. Before he left, he asked if I needed anything. In a stupor, I said ‘no.’ When he returned, he thought to grab a technical manual for himself (now that is something I would find boring) but he thought I was so out-of-it, that I wouldn’t want to read.
(By the way, my condition was temporary and they sent me home two days later.)
Now, when I try to think of another time I was bored, I can’t remember anything other than a few boring college lectures over forty years ago.
My advice to those who are easily bored. Plan ahead. Take a book or magazine and a notebook with you everywhere. Read, draw, write a letter or poem, make a grocery list, or plan next summer’s garden. Practice writing or planning in your head. It will keep you from being bored and make you more efficient at what you do because you mapped it out ahead of time. Take an interest in the world. Learn to watch and listen to the thousands of wonderful and interesting things around you. You may never be bored ---nor boring ---again.

I've always been envious of people who could create things with their hands. Consider yourself lucky (or gifted, or blessed, however you like to think of it). I'm stuck expressing myself w/words (and photos more recently). And, while I think I sometimes have a way with words, it's tough to get people to listen! Thanks for stopping by my happy place today... come back any time:)

I agree! I love to watch clouds, people, the birds at my bird feeder... my friend said I'm nerdy but I think I'm just still amused by life's simple pleasures :)

What a really great post. I relish 'boredom'. Meaning having nothing to do. My mind is always reeling with some detail of life.

I'm sure I have been bored but don't remember not liking it ;-)

I seldom would describe myself as bored either. Unless, I'm listening to the township auditor describe his findings at a bored meeting. That happened to me tonight and I must admit...I felt that feeling coming on. Off to check out your give away.

We are so similiar! I am rarely if ever bored because you can always make up something in your head, read or fall asleep (I do that very well ... especially since I had a child). But hospitals will suck the life and fun out of everything ! Excellent post! And cool giveaway -- I'm totally excited!

YES! My thoughts exactly :) As I tell my kids when they complain of being bored, "only boring people get bored." Have a great day!

I've always had this idea that only boring people get bored. There is just so much to be interested in, so much to do.

I'm going to have to go check out the Shadow Shot Sunday. It's funny I was walking down the street the other day and I said to my husband, "I want to start taking pictures of shadows."