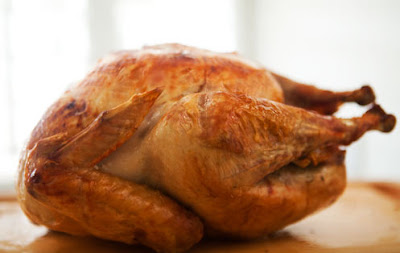 This story is in response to a writing prompt at Views from Raven's Nest.  Each week Raven chooses words or phrases for anyone to use in a piece of writing.  She creates a 10-word challenge and a 5-word challenge, or one can use both for the 15-word mega-challenge.

Words for the 10-word challenge this week:  gratitude, immediate, vivid, choice, fragments, carving, charity, solitude, lagging, where did I put my glasses
And for the mini:  irresponsible, teddy bear, colorful, knife and fork, wheels


“Where did I put my glasses?” Carson asked.
“Gees, Car. They’re bifocals. Why don’t you just wear them all the time?” Georgia asked.
Except in the shower, her glasses were on her face every waking moment. She could see only blurs without them and, lately, colors weren’t as vivid as they once were.
Georgia wondered how she had managed to marry two irresponsible people where eye glasses were concerned. Her first husband would drop his, then step on them, resulting in the cost of new frames and lenses, plus fragments of glass hiding in the carpeting for months.
Carson misplaced his several times a day. When they were in a hurry, he was always lagging behind searching for them. She wondered if it was a choice he made to annoy her. Georgia didn’t like solitude, but at moments like this, she wished she had remained single after her divorce.
Georgia scurried toward the car carrying a large teddy bear wrapped in clear plastic under one arm while she juggled her purse and a huge colorful sack in the other. She paced by the car waiting for Carson.
Finally he emerged from the house, eyewear in place, carrying two grocery bags with celery leaves poking from the tops.  As was his habit, he circled the car making sure the way was clear to back out of the driveway and checking the wheels to see that the tires were properly inflated.  Georgia tapped her foot and sighed until he unlocked the trunk.
They rode silently to the high school. Georgia wondered how Carson could be so meticulous about everything to do with the car, but his glasses were always an afterthought.
Gerogia checked the dashboard clock. It was after 7:00 am. They were running late.  Again.
While Carson parked, Georgia rushed into the back entrance of the building.  She handed the teddy bear to one of the high school volunteers to place with other toys to be given to a charity that provided Christmas gifts to children in women’s shelters. Then she headed toward the cafeteria’s kitchen where a dozen volunteers were already preparing turkey dinners for that day’s Thanksgiving feast while high school students set up and prepared folding tables and chairs, adding the placemats and centerpieces they had made in art class.
Immediately, she opened her sack to pull out five huge plastic bags of bread cubes she had toasted in her oven for the stuffing. She placed Carson’s favorite carving knife and fork on the stainless steel table for later. When Carson arrived with his grocery bags, she chopped celery, onions and spices.
Along with the other volunteers, Carson and Georgia worked and sweated in the kitchen stuffing birds donated by local supermarkets, running a huge mashed potato mixer, cooking vegetables, tossing salad, stirring gravy, and slicing pies.

When the birds were roasted, Carson took pride in being the best carver in the lot.


Before the buffet was ready, those the recession had hit the hardest had arrived and waited at the tables.
As soon as the lunch crowd was fed, they began all over again for the dinner guests who would show up later.
After everyone had been fed and more high school students arrived to clean the kitchen, Carson took Georgia’s hand as she limped to the car.
“Your heel spur acting up?” he asked.
“Uh, huh.”
“It was a long day,” Carson said.
“Always,”  Georgia agreed, turning to kiss her husband.
Georgia was filled with gratitude that she had married a man who ---now that they were both retired ---was willing to work with her at the soup kitchen once a week and here, at the high school for six additional holiday meals each year, and was enjoying it.
So what if he could never find his glasses, she thought.

Awwww... I like this story. So true that the things that annoy us day to day are ultimately so unimportant.

Thanks for joining in again. I have to apologize to you because it wasn't YOU that was confused two weeks ago. It was not my best week and when I first posted, I forgot to change the words for the new challenge. You must have come and copied them before I realized my mistake. Sorry.

What a great story - it's so true that marriages are full of all kinds of irritations & love :)