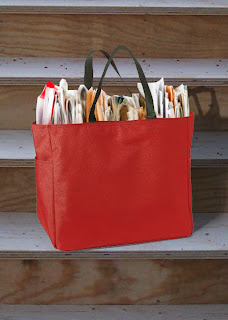 This story is in response to a writing prompt at Views from Raven's Nest.  Each week Raven chooses words or phrases for anyone to use in a piece of writing.  She creates a 10-word challenge and a 5-word challenge, or one can use both for the 15-word mega-challenge.

Vivian took one step up the outside wooden stairs to her second-floor apartment at 241 East Front Street,  Sarah, her landlady, was trimming the dead vines from the trellis on the side of the porch.

“Hi, Viv," Sarah yelled over her shoulder. "Say, who was that hunky visitor with you last night?”

Vivian answered. “No one. I wasn’t even home.”

“Don’t kid me, Viv.  I heard the two of you up there.  Sounded like you were having a very, well, um, lively encounter. I’ve always liked a man with vim and vigor," said Sarah with a come-hither stare that wouldn’t have turned on a sex addict.

“Really, Sarah, I wasn’t here. I stayed at my sister’s last night working to defeat that idiot who is running for City Council in the third district again.”

“Yeah, and the vacuous look on his face. Even his wife couldn’t stand him. She left him last year.”

Sarah looked at Vivian’s vermillion bag. “What’ve you got there?”

She hefted her large tote overflowing with papers to the third step as if to validate the veracity of her statement.

“Someone was in my apartment? How did he get in? What did he look like?”

“Well, I thought you let him in,” answered Sarah.  She scrunched her forehead and added, “He was tall.”

Dissatisfied with Sarah’s vague description, Vivian demanded to know the color of his hair and eyes, what he was wearing, and what time he arrived and left.

“Well, it was late when he got here. I peaked out the window before I turned off the porch light.  He headed up the stairs as if he belonged, so I just assumed, well, you know.  But I didn’t see him leave. Maybe he’s still there.”

“Well, I thought he wore sunglasses, but then I thought it must have been the way the light hit them. He had on a dark turtleneck pulled up on his chin, a ball cap. Oh, and dark pants and maybe gloves.”

“There was a silver car where you usually park, so I thought it was yours, that you had gone up ahead of him.  And I think he carried something, maybe a knapsack.”

Vivian picked up her bag and started up the stairs.

“Hold on a minute.” Sarah entered the house, emerging a minute later with a hammer in each hand.

At the top of the stairs, the women found the door ajar with a broken lock.  Inside, Vivian’s place had been ransacked.  Everything she owned was strewn on the floor. Pillows had been cut open, clothes had been ripped, and food containers emptied. Her living room walls had been spray-painted with “You lying vixen!” and “You are without virtue, you slut” in fluorescent pink.

The women tiptoed through the mess in silence, until Sarah came upon a voodoo doll nailed to the dinette table with what looked like blood spattered over it.  Then she started to vocalize, “No, no, no, no, no,” which eventually turned into a low-pitched moan. She slumped onto the couch releasing a puff of stuffing from a huge slit. 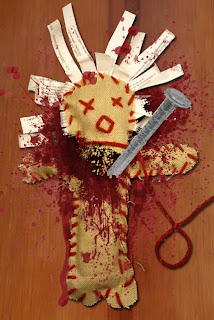 It took the police forty minutes to arrive.  After Vivian and Sarah had given their vital statistics and made statements to Detectives Johnson and Ramsey, the men continued questioning Vivian.  Was it her ex-husband or ex-boyfriend?  Was she having problems with someone at work?  Who hated her? Then they seemed to imply she had done the damage herself to generate sympathy from an estranged lover. Vivian had no idea who the vandal could be, but the police didn’t seem to think her statements were valid and continued asking the same questions over and over. What they didn’t do was take photos or fingerprints.

Vivian was not only angry at the person who had done this, she was furious at the police.

After they left, she used her cell phone to take photos of the mess.  Then she picked through her belongings and packed a suitcase with a few intact items, grabbed her red tote, and closed her door as best she could before heading to her sister’s home.

The next week, Vivian sorted through her possessions, salvaging what she could, while Sarah and a handyman repaired the door, cleaned the mess, and repainted the walls.

Vivian moved to the far end of town, instructing Sarah to give her new address to no one.

Two weeks later, Detective Ramsey called her cell phone to tell her that a similar incident had happened two blocks from her old apartment.

“You’re lucky,” he said.  “When the occupant arrived home, the intruder tried to stab her. But he stumbled over the mess he had made and missed. The woman had her keys in her hand and managed to poke him in the eye.  He'll probably be wearing an eye patch for the rest of his life. That'll ruin his handsome good looks.

"It turns out he was the woman’s ex-husband."

When the police questioned the suspect in the hospital, he broke down and admitted that the vandalism of Vivian’s apartment had been a mistake.  He had gone to 241 instead of 421 on Vivian’s street.

“You’ll be seeing a story on the evening news. The chief is holding a press conference right now. You know, the idiot didn’t even ask for a lawyer,” he added.

“Good looking and stupider than a turnip,” said Vivian.  “He ought to become a politician.”

Detective Ramsey paused, then said, “Funny you should mention that.”

Well done. I sense a reflection of my own political angst and bitterness here.

Well done. Thanks for giving me a week of not being the Lone Wordzzler.

My own exericses are really bad this week. My muse is off somewhere with my youth partying.

Good to see you again.

Oh I laughed at the last line - I was hoping it was the politician! Great job. I keep telling Raven that I'll join her (I used to, regularly, but then my muse left me) & then I keep chickening out. Maybe next week will be the week!